A declaration of love 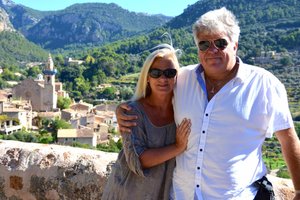 An immediate and shared love for Mallorca met us the first time we put our feet on the island.

We never thought we would be affected by these strong feelings to a place without reservation and without consideration.

The love began in May 2013 when we visited good friends in the beautiful Soller valley, located in the magnificent mountain range Tramuntana, which extends over most of northwestern Mallorca.

The perception we had of Mallorca was Magaluf and Palma Nova. The ”party island”, hotel complex and alcohol. We have never been so wrong.

The party life exist, but Mallorca has something for everyone. If you want to party all night long and not have to leave the hotel area there is still a possibility. The party areas are primarily south of Palma close to the variety in Palma city.

There´s not only partying on this part of the island. This is the part that grows the most.

Many families are traveling here, mainly for the beautiful beaches and the proximity to Palma with its shopping and its attractions. Most popular among the people from northern Europé is currently Illetas, where many have bought an apartment over the past year.

Our love resulted 2013 in an apartment in the small village of Port Soller. It went quickly. Three days after we met this beauty for the first time, we ”proposed” and paid a down payment.

In 2016, the "family" was expanded with a small house in the incredibly beautiful little village of Fornalutx.

One year later we sold the apartment.

We, who are so completely lost, are Birgitta and Thomas from Häron, a small island on the Swedish west coast. An island that has retained its character, unlike many of the west coast areas. Only 16 residents live on the island. In the summer, however, the island is booming and many seek a summer residence here. 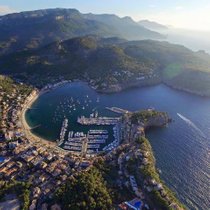 We had the privilege of meeting Mallorca from its very best side, and there is so much more to experience.

The beaches around the island are numerous and Palma city is an approved international city. The range of shopping, history, restaurants, clubs and attractions is great.

The golfing people gets what they need on one of the island's all golf courses, the climbers what they want in the Tramuntana Mountains.

But above all, Mallorca is the island of the hikers and the bikers.

The hiking trails are numerous and challenging roads in the Tramunta mountains give the bikers value for the money. Many international bicycle clubs place their training camps here.

In recent years the roller skaters have also started to be seen in the mountains. Several ski clubs are practicing here for the current winter season.